History of the Yellow Pine area

The tiny settlement of Yellow Pine is an unincorporated community in Valley County, central Idaho, United States.  In the past decade, its winter population has fluctuated from the low 30s to the low 40s. 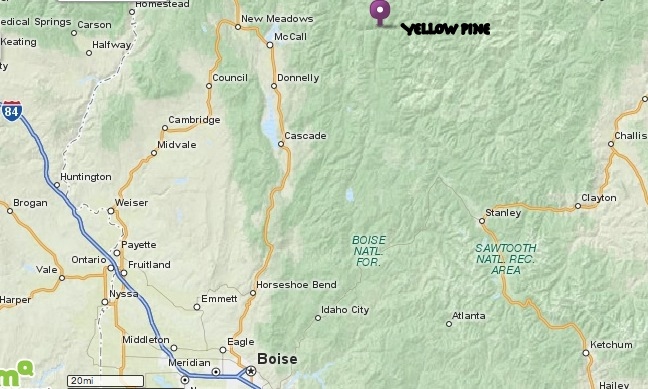 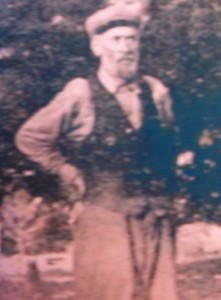 Yellow Pine has historically served as the trade center for the larger Yellow Pine basin mining area, including Stibnite during all phases of its development.  Many of the men drawn by the lure of gold and silver moved from one area to another, sometimes many times.  A number of the early miner-settlers of Yellow Pine and Big Creek came from Warren, an older mining town north of McCall.  That may have been the case with Yellow Pine’s two earliest pioneers, Albert Behne (below right)  and Theodore Van Meter (left), about whom known details are sketchy. 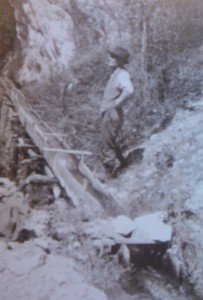 A former telegraph operator, Albert Behne became a backcountry prospector and grower of roses.  A man who loved classical music and opera, and who had the New York Times delivered to his backcountry home (via dog sled half the year), Behne envisioned Yellow Pine as a thriving city, complete with street cars.  He is known today as the founder and developer of Yellow Pine.  In 1906, Behne established the first post office and mail service.  In 1924, he received the patent on the 47½ acres where the "downtown" village presently exists; and in 1930, at the age of 76, he platted the original Yellow Pine townsite.

Other original patentees were (Oscar) Ray Call, a one-time mining partner of Behne’s, and Henry T. Abstein.  Abstein, the first patentee in the area, homesteaded 160 acres (0.65 km2) north and east of the present townsite.  Although his primary interest was mining, he was also an active horticulturist, and many of the apple trees that he planted are still living today.  His original quarter-section has since been subdivided.  Below are pictures of Henry (with son Ted and 2 dogs) while still building the family's cabin (which burned c.1960) - and of his wife Edna Lister Abstein and their two boys, Ted Abstein (called "Junior" at the time) and his much older half-brother Russell Elliot, at the tent area where the household lived while more permanent quarters were underway. 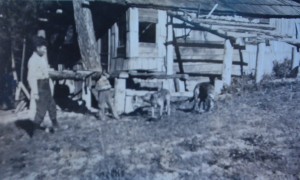 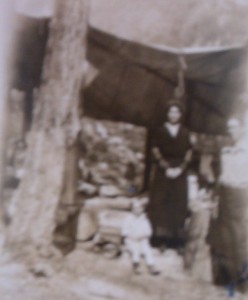 When Henry Abstein first came into the Yellow Pine Basin from the Thunder Mountain gold camp (see below), Behne was already talking up Yellow Pine as a homesteading location.  Abstein (having been bitten by the gold bug in the Yukon prior to coming to Idaho) was on his way to the Tonapah, Nevada silver strike – but, having made a small fortune this time as a contractor rather than prospector, he returned a year or so later to join Behne and fellow settler Van Meter in the Idaho site that he couldn’t get off his mind.  These three men formed the nucleus of the community to follow, and each were involved in various prospecting and mining ventures for many years.  Abstein was the only one with a family – but a few other families soon joined the community.  The first school was housed in a tent, there was a store… and Yellow Pine was on its way.

The Thunder Mountain gold rush was precipitated by the prospecting activities of two brothers, Ben and Lu(man) Caswell, who transferred their mining endeavors from the Seven Devils area of Idaho to the more remote mountains.  Following up on reports from as early as the Civil War era of good mineralization in this region of severe winters, they found promising ore along Monumental Creek in 1894 and dubbed the area "Thunder Mountain" for the loud mountain weather they experienced.  In 1897, still working in a fairly rudimentary fashion, they asked brother Dan to join them, and he brought a friend, Wes Ritchey.  The newcomers arrived just after the first ore assaying was done in Boise and news began to be trickle out about the new possibilities for gold in Idaho.  In 1900 half-brother Cort Caswell joined the team, and development work on the original claims had progressed to the point where it was time for a big investor to step in - this was Col. W.H. Dewey.  Now Thunder Mountain was touted in earnest, and prospectors began to flock to the area just as the Klondike gold fever was on the wane. 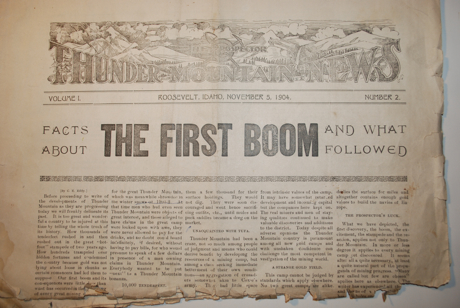 The community of Roosevelt mushroomed on Monumental Creek now, and several other small villages sprouted in the vicinity, soon totaling well over 7000 in population.  Eventually a road was built to facilitate the hauling of ore from the Thunder Mountain mines to the train at Cascade.  But by 1905, mines were no longer productive enough for the big players, many prospectors had moved on - and in 1909, when the town of Roosevelt was inundated by the waters of Monumental Creek by a landslide, the population was less than thirty souls.  Several area mines have been worked at various times over the years since; but in 2014 the Sunnyside claims, one of the Caswells' original mines, were moved out of "mining claim" status and will eventually undergo reclamation by the U.S. Forest Service.  The road to Thunder Mountain will remain open, however, so that Roosevelt Lake will continue to be accessible to hikers hoping to glimpse the last remaining dovetailed logs from submerged buildings of the drowned ghost town.  Zane Grey's popular 1935 novelization of the Thunder Mountain story (he reputedly gathered local color in the bars of Yellow Pine on his reconnoitering trip) is still a reminder of the romance that clings to a setting that draws less hardy folks in their cars (as well as others) to the wild Idaho wilderness.

Click here for a more scholarly history of the Thunder Mountain boom. 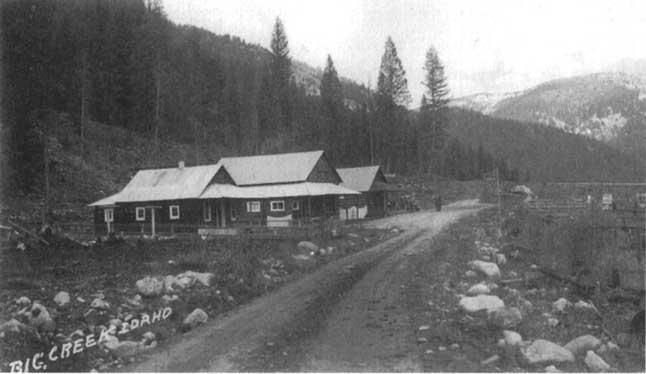 Big Creek and Edwardsburg, near Chamberlain Basin (and now the gateway to the Frank Church River of No Return Wilderness), were other viable small mining communities in the late 1800s and early 1900s.  This narrow valley attracted prospectors, some of whom were making their way from Warrens Diggings, to the west, to the Thunder Mountain region, to the east.  The Caswell brothers made their winter home in relatively less harsh country east of Big Creek on Cabin Creek, where they successfully raised a large garden and grew hay for their horses.

The Big Creek area has been a summer-only community for a number of years.  The old lodge by the airstrip tragically burned in 2008.

THEN  THERE  WAS  STIBNITE

The area that became the mining town of Stibnite was prospected during the Thundr Mountain boom, but the remoteness of the terrain held development back.  The town itself grew out of successful claims worked in the Meadow Creek area between Yellow Pine and Thunder Mountain to the east.  J.J. Oberbillig was the consolidator and developer of some of the early prospects.  San Francisco mining engineer F.W. Bradley’s Bradley Mining Co. further consolidated the area’s prospects into the Yellow Pine Mine in 1927 and developed Stibnite (the common name for the mineral antimony sulfide) into a hugely successful venture.

A road was built from Yellow Pine to Stibnite in 1928, a mountain telephone line installed to Yellow Pine, and one-day round-trip mule packing between Yellow Pine and the Stibnite area brought in construction and mining equipment, along with food for the workers.  The Forest Service began building a road from Yellow Pine, the Bradley people started building it from Stibnite... and the engineered road that resulted transformed Yellow Pine into an important hub in the wilderness.  Mining and processing of the gold-silver-antimony (and, later, tungsten) ore began in earnest in the 1930s. 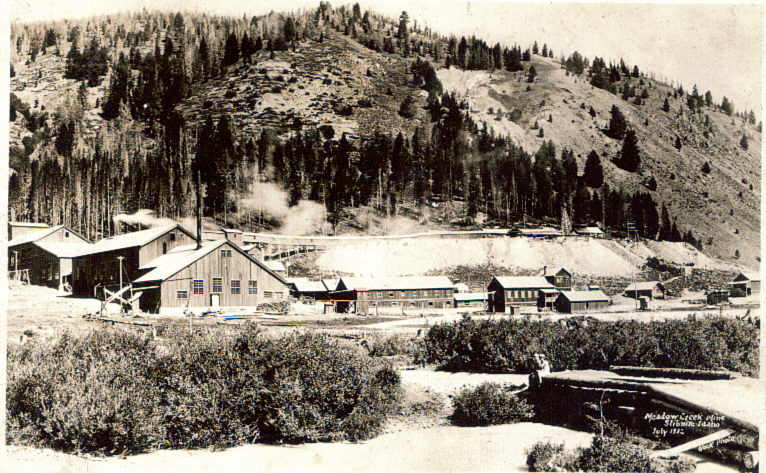 During World War II, the need for strategic metals created a huge demand for Stibnite’s output, and the Bradley Mining Co. company town boomed.  It was the country’s largest producer of antimony and tungsten.  A state-of-the-art smelter was constructed onsite in 1948.  Left is a photograph of the early Meadow Creek Mine in 1932.

During the war, Stibnite housed over 600 workers and their families. Manager Jack Bradley (youngest son) was a popular and paternalistic employer.  In its heyday, the community included no-rent company houses and apartments, a store, a school (through high school – unheard of in the backcountry, where schools were usually one room, through 8th grade), a hospital, a restaurant, bowling alley, dance hall, night club, gymnasium and other such facilities (some housed together in a 3-story building erected for that purpose).  Residents could buy gas cheaply at the service station.  The mining-related facilities included an airport, a mill, a long water pipeline for a power plant, buildings for various ore extraction processes, truck shops and offices.

The Korean War provided another boost to production in the early 1950s.  But by the mid-1950s, the town of Stibnite had been largely abandoned as the mining activity halted and much of the equipment was dismantled.  Later, most of its remaining buildings were razed or (in the case of most of the small family-sized houses) moved down the torturous roads to Yellow Pine and beyond.  Stibnite is now the site of some modern precious metals prospecting by the Midas Gold mining company.

Cinnabar is a bright-red ore containing (toxic) mercury.  The Cinnabar claims were optioned by F.W. Bradley in 1927, at the same time that he began operating at Meadow Creek.  The town known as Cinnabar was built at a remote mercury mine near the top of a mountain, not too far from Stibnite - in fact, the people of the Cinnabar company town shared in the Stibnite school and hospital as well as recreating in the much larger Stibnite on occasion.  Idaho Power added a phone line from Stibnite to Cinnabar in 1944.  The Cinnabar operation shut down in 1959, soon after the smelter at Stibnite was dismantled.

Here is a slide show of some present-day photos of what remains at Cinnabar:  https://www.youtube.com/watch?v=evZ8dekiob0&feature=youtu.be

The little village of Yellow Pine in the present day remains active year-round.  It is home to the Yellow Pine Music and Harmonica Festival (see YellowPineMusicAndHarmonicaFestival.org), which is held the first weekend in August of each year and draws two to three thousand fans and musicians to this remote backcountry setting. The Festival has since its inception (as an Idaho Centennial celebration, 1990) focused on the music of the pocket harp that figured so conveniently in the lives of prospecting pioneers and was an important feature at Yellow Pine community dances in the early days.  For many years including a harmonica contest, as well as open stage activities and vendors, the community-supporting event has morphed into more of a general music festival (with an emphatic nod to its harmonica roots). 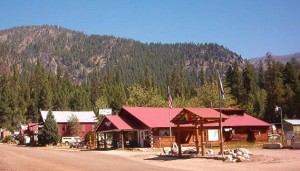 Yellow Pine and the surrounding mountains and rivers are also long-time draws to hikers, hunters, fishers, snowmobilers, and other backcountry enthusiasts (the Payette and Boise Forests intersect at Yellow Pine).  Popular backcountry air strips are maintained a few miles from Yellow Pine and in Big Creek, as well as on the South Fork Road.  There are a few opportunities for motel and RV stays in and near Yellow Pine, and campsites abound (especially during the Music and Harmonica Festival, during which campers teem in the woods around the town).  The community also hosts golf tournaments (in those same woods around town – certainly one of the most fun and unusual golf courses on the planet) on the 4th of July and September Labor Day weekends, along with other events those days and at various other times of the year.

With these enlivening modern-day activities, and the establishment of the Yellow Pine Backcountry Historical Museum, local residents are determined to keep Yellow Pine area history alive and lengthening into the years to come. 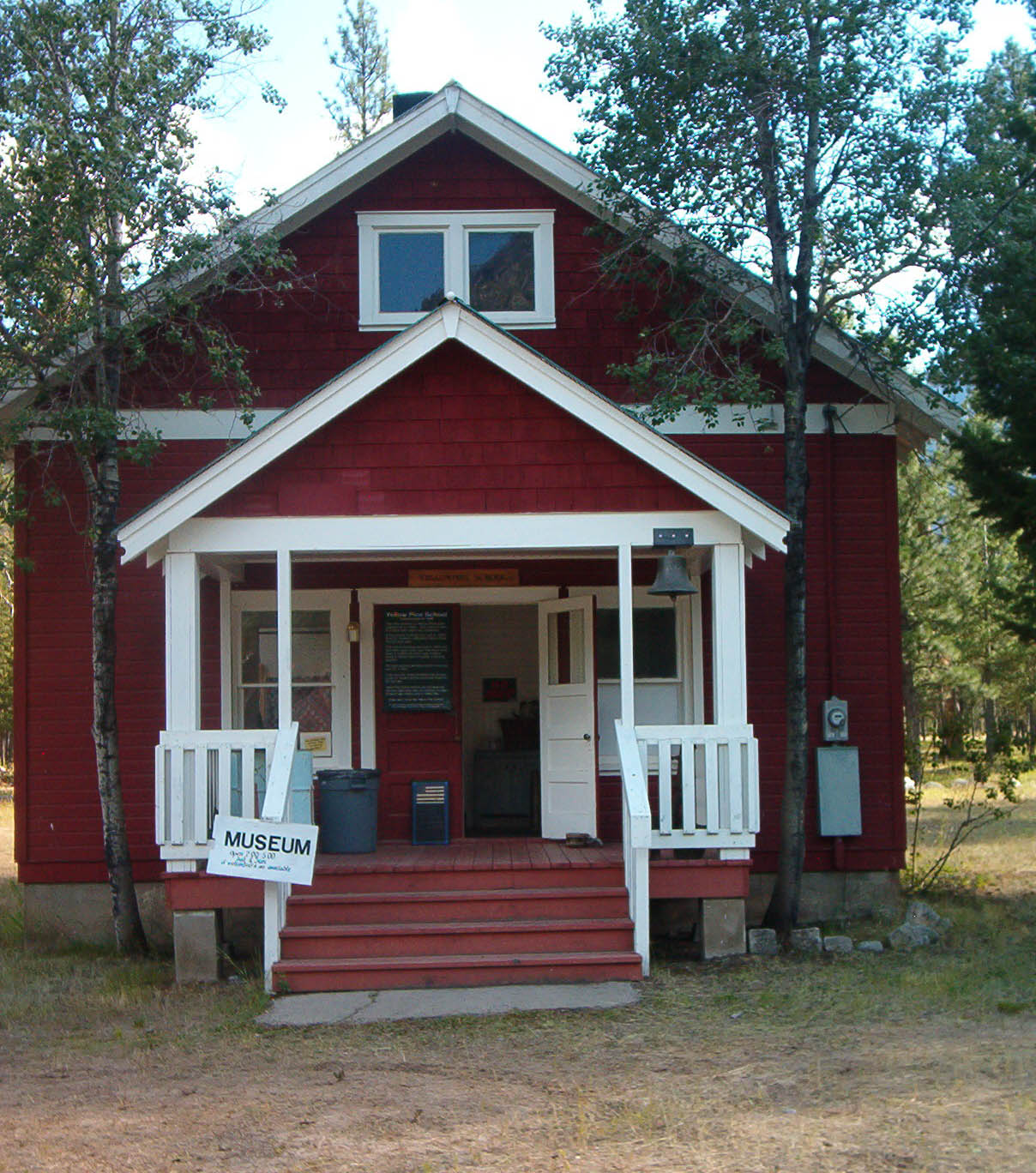 Perhaps we’ll see you in the museum!

In the meantime, we hope you enjoy your early online tour...  And here are a few photos to whet your appetite for an in-person experience: